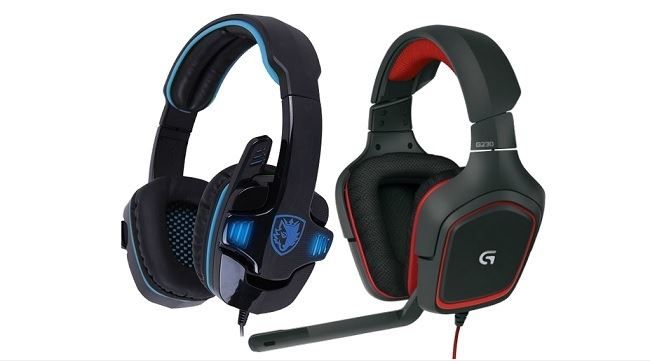 Review of the Best Gaming Headset under $100

Let’s start today’s conversation with a pop quiz. Are you familiar with the following statements: “Fire in the hall!”, “We need more gold!”, “My Lord, the food stock is almost over!”, “Get over here!”, “Rampage, Gooodlike!!!”? Some of the most peculiar expressions and phrases become an essential part of a true gamer’s vocabulary. They become catch phrases, just like expressions from your favorite books and movies.

The same goes for sound-tracks. The bestsellers’ OST become hit songs even for those who have never played a game in their life. The soundtracks to our childhood games make us nostalgic and make us want to plunge into the world of racing squared cars and shooters with straightforward physics laws. Modern game soundtracks are created by a team of specialists similar to that working on celebrities’ songs or action movie soundtracks. The right track will completely change the mood of the game.

Once the atmosphere becomes more intense and the music gets anxious flair to it, and you only have one patron left in your shotgun and there is only some mounting handy, you know the fight is about to get real. When Skrillex’s “Make it burn!” starts to play while you’re shooting all over the field with a flamethrower, you can almost feel your screen exuding the smell. All of that wouldn’t be possible in a mute game-play.

A Headset or an Open Sound System?

Of course, it is better to choose a high-quality multi-channel system. It will mean excellent transmission of high frequencies and bass which would cause a whirlwind inside of you. However, you don’t always get a chance to turn the music up to a full blast, and when it comes to gaming, your family or roommates might not be too excited about that. If you live with someone who isn’t against a night raid and might as well join you, you are either a cheater or a college student in a dorm. For everyone else the issue of choosing a high-quality headset becomes crucial at one point or another.

Today we’ll help you deal with the problem.

How to Pick a Gaming Headset without Taking a Loan?

In fact, the choosing the right headset while having a tight budget is not at all different from the process of picking a headset in a regular situation, which we’ve covered in details earlier. First of all, you have to figure out where you can save and which aspects are worth spending money on.

This is quite a simple model which has nevertheless excellent reputation among the customers, which is attested by the fact that it is a bestselling PC headset. The average materials are assembled rather well. The designers which were responsible for devising the arc of NUBWO N2 Gaming Headset came up with an extraordinary solution: it is covered with leather imitation, it is located comfortably on the head, and its main advantage is that if you spin it around, it won’t break down. Practical, isn’t it?

The ear pads are made of the same material. Wearing the headset feels nice, but you will have to take breaks when playing for a long time, as the closed construction and synthetic materials make your ears heat up.

The sensitivity of the microphone is just enough for speaking regularly. The microphone handle doesn’t bend; it can only change its position on the hinge. A microphone has its own 3.5 mini-jack.

The backlighting deserves a separate paragraph. It is rather ordinary and looks nice, but there is a separate USB port for its power exclusively. This is not rational of course; the manufacturers had better either made a USB-connection of a separate sound module or got rid of it at all.

The execution of this model has frankly upset me. The extremely glossy surface shines, gets rubbed easily and is overall repulsive. Other than that, the SADES SA-708 Headset is not that bad. Its design suits the way future was imagined back in the 80s: everything is made of plastic, the corners are sharp and the shape is rough. The material is similar to that of the previous model, but to my mind, it’s better. It is a bit thicker which promises longer life.

The microphone is handled well. It is hidden in a special compartment where it can be stored when not in used. I don’t recommend having too much fun with this option, as it can fall apart at any time. A 2-meter long cable is enough for certain maneuvers.

This Sades model represents the first generation. I also advise you to turn your attention to the models from more expensive product lines. In 2013, Sades was the best headset brand on WCG.

The appearance of this model is similar to the previous one. The only difference from review sades headsetis that the microphone is now at the side. On the outside, we see the same cheap plastic. The arc has a soft lining for your head, which is comfortable. Its size can be adjusted near the ear shells, and the arc is long enough even for a very large head. The cable is wrapped in fabric which is supposed to simultaneously protect it from breakage and to be aesthetically better.

The main perk of this Gaming Headset by Afunta is that it is compatible with everything…or almost everything (PC, PS4 (mono sound only), and any Apple device). Naturally, there is a standard 3.5 jack hence connection to everything that supports it. The headset looks well on the head; you won’t be ashamed when your game-mates in Skype see it. The pleasant LED backlighting is also a nice perk. By the way, this is yet another model where a separate line and a USB port are allocated for backlighting power. This is a very strange trend.

There we go, a cut-rate 7.1 Surround is now available on the mass market. What does 7.1 mean in respect of a headset? It is the availability and correct location of the speakers in each ear? In reality, most often you’ll see programmed 7.1 which means you physically have two speakers but special software splits the sound into several channels and thus creates the effect of surround sound. Of course, this is nothing in comparison with the real sound, but this invention can surely exist.

I don’t know what the manufacturer meant by 7.1 when it comes to this Sades Stereo 7.1 model, but I wasn’t able to perceive it. Given the price of the product, this is not surprising. 7.1 simply cannot be there. If you ignore the main feature of this headset and rate it just like any other headset, then it’s good value for money. Also, it looks almost like the good old SA-708.

An external sound adapter with several buttons has been added, which is quite convenient. Let me repeat myself, this is a good option at its price, but don’t expect to find even a ghost of 7.1.

This model is the king of today’s list. Among today’s featured products this is an unconditional leader. It gives an absolutely different level of sound, and the perception of gaming is much deeper and more pleasant.

The ear pads are made of perforated fabric, thanks to which the ears get oxygen. The head won’t get heated up after long-term gaming. The arc adjoins the head and its anatomic resemblance to the head and light carcass contribute to your easy game-play. The headphones themselves can be rotated to certain degrees. The cable is wrapped in fabric and has much length reserved.

There are several “Buts” of course. Although this is an affordable product, Logitech G230 Headset is twice as expensive as some of the headsets mentioned today which can’t but have an effect on its performance. Moreover, this is a brand name headset, but not the case when you overpay without thinking. The quality and great performance are guaranteed. This headset will bring you much pleasure and joy (provided you upgrade your headset and not downshift from a studio Sennheiser model to the ones assembled in the basement).

Edward Eugen is a 24-year-old Blogger from Romania. He is a cisco certified Network Engineer and currently doing Masters in Networks Security from the Spiru Haret University.